BEEP! BEEP! BEEP!  Our scientists, have sounded the alarm, ok, written. Climate change is happening and we, the people, are causing it. Our global smoke detector is doing its job. I hope all of you noticed the report, FOURTH NATIONAL CLIMATE ASSESSMENT, released on November 23, 2018…Black Friday. We have twelve years to reduce fossil fuel emissions in half! 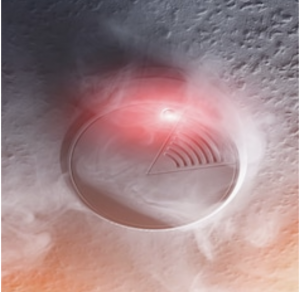 To quote, “In the absence of more significant global mitigation efforts, climate change is projected to impose substantial damages on the U.S. economy, human health, and the environment. Under scenarios with high emissions and limited or no adaptation, annual losses in some sectors are estimated to grow to hundreds of billions of dollars by the end of the century. It is very likely that some physical and ecological impacts will be irreversible for thousands of years, while others will be permanent.”

What do you do when you hear your smoke detector go off? I don’t know about you, but I look for the cause. Fire?! Dead battery? Burnt toast? (We have an alarm at the edge of our kitchen. It’s my excuse not to cook these days) In this case it’s a fire, no, many fires. “Fossil fuel combustion accounts for 77% of the total U.S. GHG emissions.”  (GHG = greenhouse gas)

What next? Sound the alarm and put out the fires!

What!??? You still don’t believe in human-caused climate change? Well, I do, and I understand the results from no, or too little, action. We’re talking:

Where are they? In our gas-powered cars, gas water and home heaters, and gas cooktops. Interestingly enough, electricity IS a clean energy, especially if you make it using renewables, like solar, wind, geothermal, and hydro. Put some on your roof, now, OR make sure your electric company is moving fast to 100% renewables. We have just twelve (12) years to cut our emissions in half and another twenty (by 2050) to get close to ZERO emissions or no increase in GHGs. 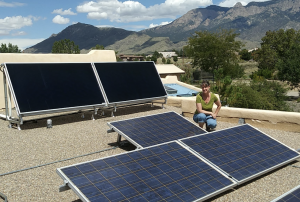 What are you waiting for? Twelve is a nice round, understandable number. Let’s begin there. Sprint if you can, but don’t just stand there gawking! Don’t know what you can do? Join NMSEA and find out.

The countdown has begun. TWELVE!