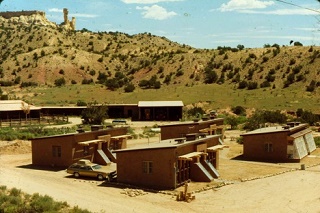 New Mexico Solar Energy Association was founded in 1972 in Ghost Ranch, New Mexico by Peter van Dresser, Steve Baer, and Keith Haggard. They hosted their first “Life Technic” conference with over 50 other members to share information about solar energy. This meeting created their first official publication from NMSEA. 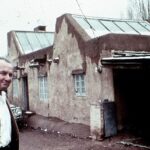 Peter van Dresser was the first president and a professional regional and urban planner and helped advocate for decentralized and self-sufficient communities by building solar and wind powered homes in New Mexico in the small town of El Rito. An interview done by motherearthnews.com about Peter van Dresser can be found here. Steve Baer was known as a “dirty hippy” where they dropped from the American mainstream and began living off the land in the Southwest by making gardens, doing odd jobs, and other such things. Steve developed zomes which were more geometrically unusual domes that were more open and structurally flexible. More info about Steve can be found here from an interview from motherearthnews.com. 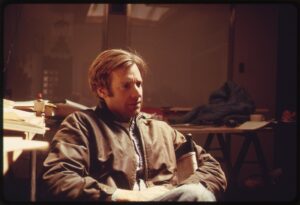 NMSEA’s first project was the Sun-dwellings project where Peter thought of inexpensive solar homes. The Four Corners Regional Commission liked Peter’s idea and gave him a $34,000 grant to build low-tech, solar-heated dwellings made from the immediate area. Four dwellings were built with three of them having their own unique feature; one featuring a lean-to greenhouse, another utilizing a Trombe wall collector, and a third one using the direct gain solar heating concept and the final dwelling serving as a control to see how efficient each feature was. A more detailed explanation of the project can be found here.

The support of solar energy began to dwindle in the early 80’s with the death of Peter van Dresser in 1983 and the election of Ronald Reagan who cut federal support for programs like solar energy. Dr. Bill Gross, previous Dean of Engineering at the University of New Mexico, became the second president after Peter and continued to host the annual NMSEA Life Technic Conference. NMSEA began to rebuild itself in the 90’s with Karlis Vicepts launching the SunChaser to demonstrate solar energy and in 2000 Rose Kern organized the Solar Fiesta in Bernalillo High school to show and educate students about solar energy. Now it is an annual event to show off solar energy products and new technology and ideas. 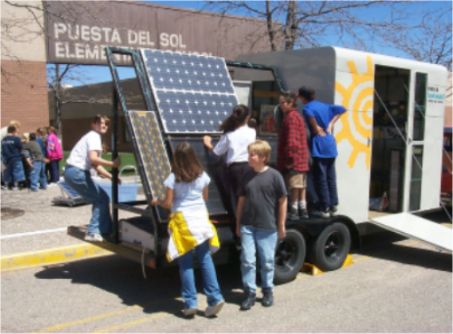